They wrote about us: The Prague water supply network was inspected by the satellite….

The Seznam zprávy portal published an article about the project, which we had the honor to work on together with Siemens.

With the help of satellites, water is being sought on Mars. The same technology has now been used by Pražské vodovody a kanalizace to search for hidden water leaking from a broken pipeline.

Satellite flight, capturing of a selected area and data evaluation. Pražské vodovody a kanalizace have a new method of finding water leaks from the water supply network.

“We are using a new method of satellite detection of hidden water leaks. It is a device that is located on a Japanese research satellite, works with a wavelength of about 30 centimeters and sends a signal to the ground, which is able to detect hidden water leaks,”explains PVK CEO Petr Mrkos.

Radar reflections penetrate to a depth of three meters underground and the technology even distinguishes drinking water from wastewater or surface water. The method can be used in any weather.

The resulting images must be processed, evaluated and excess signals and noise must be filtered out. “In the pilot project, it took us several months to verify the values we obtained,” adds Mrkos. 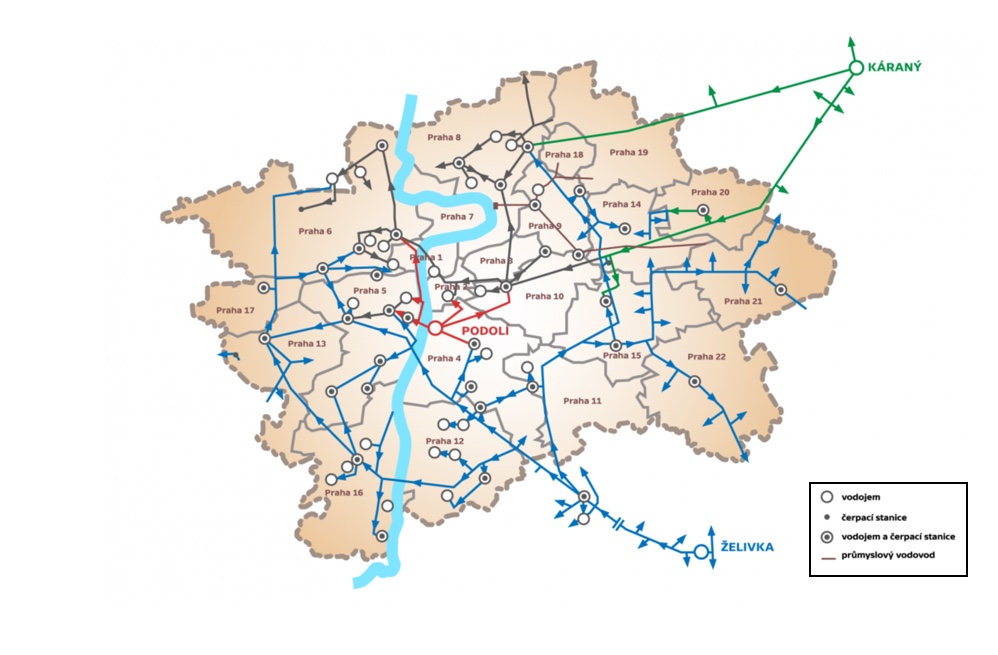 In the pilot project, the company photographed the area from Nové Město to Pankrác – about five hundred kilometers of water supply network – and the compliance on the places shown by satellites, which was subsequently confirmed by a physical inspection of the company’s technicians, was greater than 60 percent.

The whole project cost two million Crowns, and because it proved successful, PVK has already planned one measurement for this autumn and another two for next year.